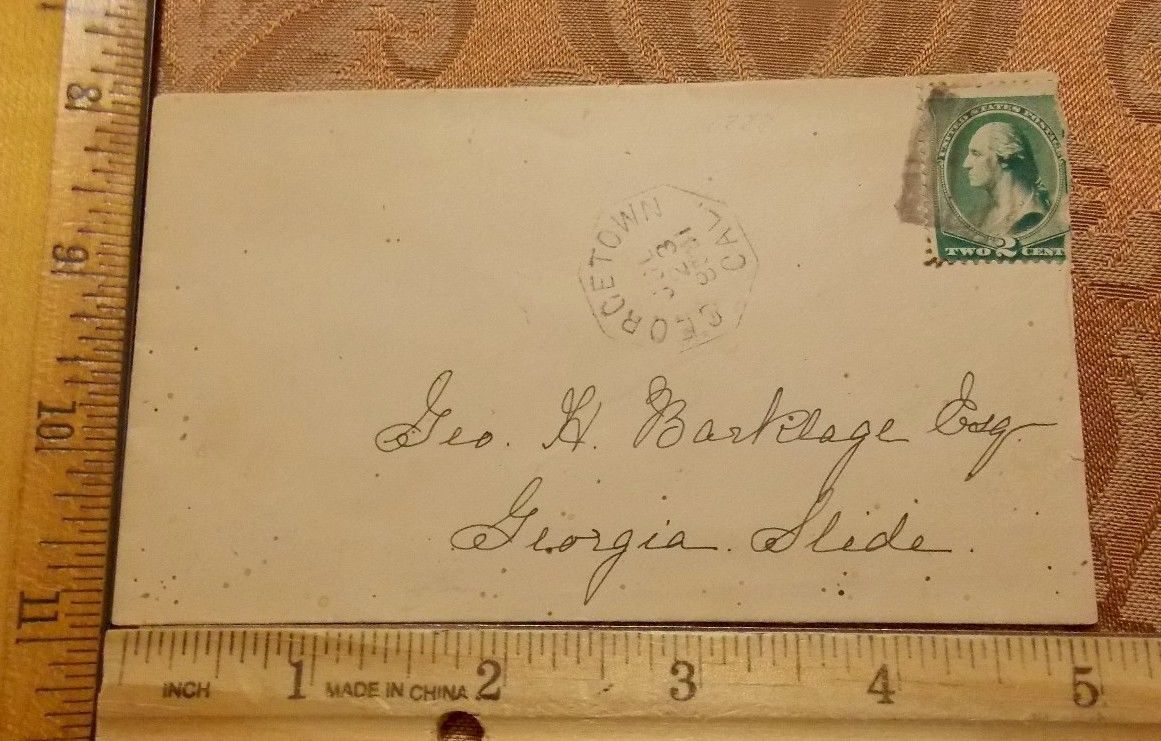 Many history books paint the incorrect picture that until Marshall picked up a few flakes of gold at Coloma in 1848, gold mining was unknown in the United States. But this is far from true.

In Southern California, at a place called Placerita Canyon, gold had been discovered and mined, to some extent, several years before Marshall even arrived in Coloma. But, even before that, in 1828 a significant gold discovery had occurred in the state of Georgia, near a town named Dahlonega. This town had its own gold rush and soon became the center for gold miners in the southeast.

It was the discovery of gold on Cherokee lands in Georgia that resulted in the Cherokee being forced to moved to Oklahoma and the “Trail of Tears.”

The discovery of gold at Coloma drew almost all of these miners west, leaving Georgia and its gold almost forgotten.

These experienced Georgia miners were some of the earliest in the gold fields of California and who brought with them, and fortunately shared with others, much of the needed mining knowledge and experience. It is also these men who left their name on numerous mining towns in California’s Mother Lode – Georgia Slide, northwest of Georgetown, being but one of them.

The town of Georgia Slide (originally known as Georgia Flat and Georgia Flatts until a large landslide occurred at the site), had its beginning in the fall of 1849, when several miners from Georgia staked out claims along Canyon Creek, planning on working them the next spring.

By the middle of 1850 Georgia Slide had become a lively mining camp with a saloon owned by one Yankee Sullivan and a store first owned by B. Spencer, a brother to Patrick Spencer of Georgetown, and later, G. F. Barklage, who also had a saloon and a large warehouse.

The community never reached the size needed to have a Post Office or a school of its own, relying on other communities in the Georgetown area for these services.

The gold in the Georgia Slide area was in what are called “seam deposits”, which were in one inch to one foot wide veins of gold bearing quartz within the highly weathered rock.

At first, gold was easily picked up from the surface or in the streams, where it had been deposited when the surrounding rock weathered away. Placer mining of these deposits continued where feasible. However, where the material had not been weathered sufficiently, a number of tunnels were dug, in an attempt to follow the quartz veins.

Tunneling was replaced in 1853 by the newest mining process of the day: hydraulic mining – a popular mining method that would continue until 1895, when the State Legislature banned it because of its claimed silting effect on the Sacramento River and its tributaries.

The first mine to use the hydraulic method in the Georgia Slide area was the Beattie claim on the south side of Canyon Creek. In 1853, the owners of the claim, three Scotsmen named George, Daniel and John Beattie, brought water by ditch from Canyon Creek, North Canyon and Dark Canyon, and then piped it into huge nozzles, which washed the gold bearing materiel into long sluices where the gold was captured.

Two other claims, the Blue Rock and Pacific, would also use this process to remove the gold and later, along with the Mulvey Point and Parson mines, would be consolidated with the Beattie to become the Georgia Slide mine.

Because only about one-half of the gold was removed by the hydraulic mining process, miners often worked the gravel downstream of these operations.

From 1896 to 1934, the Gold Bug (Canyon Creek) mine did just this, processing the detritus and tailings of the Georgia Slide Mine,  along with some virgin gravels,  along a four mile section of Canyon Creek. This mine is reported to have recovered some $1,500,000 in gold during this 38 year period.

After the laws against hydraulic mining were enforced, the water that flowed in the ditches to the mines continued to be used for other types of mining, and also diverted for agriculture and even domestic purposes. There are even reports of the water in the ditches being used to carry firewood to the town from the forest, thereby saving the labor of hauling it in by wagon.

No one is sure how much gold remains in the tailings at Georgia Slide, was overlooked in the gravel of the creeks or still lies untouched in the ground. Perhaps Georgia Slide is still the largest unmined deposit of seam gold in El Dorado County.

← Skinner Winery: New Vines from Family Roots
Steppin’ Out – Tale of the Dogs →