My daughter has been telling me about a pizza place that serves great burgers. She even told me that my grandson thought they were the best ever.

Well, last Friday I went to Carmichael to attend a high school water polo competition my granddaughter was playing in and, on Saturday, two football games my grandson was playing in.

First of all, they won all three games and, secondly, on Friday we went to the pizza place, which is named 19 Slices Pizza and Grill and is located at 4314 Marconi Avenue in Sacramento.

Their menu has a very simple twist. Sure, they have signature pizzas, but you can also craft your own. You start with a 12 or 16 inch crust and then add to it from a list of sauces, cheese, proteins, veggies and finishes. The price is the same no matter what you add. And, the same goes for the burgers.

They have three all beef burgers: a Hamburger, a Cheeseburger and a Bacon Cheeseburger. You pay for the burger and any or all of the toppings are free. They include: Special Sauce (1000 Island), Mayo, Ketchup, Lettuce, Mustard, Pickles, Tomatoes, Red Onions, Green Peppers, Grilled Onions, Grilled Mushrooms, Jalapeño Peppers, BBQ Sauce or Buffalo Hot Sauce.

I ordered the Bacon Cheeseburger with a half-dozen of them and it was wonderful.

My grandson, half way through the meal, asked if he could get some fries and it was decided he could.

My daughter had previously told me they were “okay,” but he came back with battered fries, which must be the “House Fries.” They were fantastic. Every time he turned away, someone took one.

The menu also includes Appetizers, Salads and lots of side. Check them out.

Yes, they also have 19 Handles Pub and Grill on Arden Way in Sacramento. 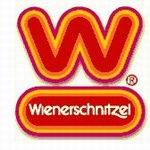 Well, the Oktoberfest special bratwurst is back at Wienerschnitzel, an annual happy event.

Last year they had both bratwurst and Italian Sausage sandwiches, but this year they are focusing on just the bratwurst, serving it with either mustard and grilled onions or mustard and sauerkraut.

I think the bratwurst is a bit softer than last year, but the flavor is great: not too spicy, not too mild. Just right.

Rafael Garcia, who owns FreshMex, along with his son, John, recently opened El Fuego Express Mexican Grill at 1225 J Street in downtown Sacramento. I have heard nothing but great things about it and it has high social media ratings. Give it a try the next time you are in downtown Sacramento to yell at your legislators.

By the way, catering is a big part of their business. Think about that when you are planning your next event, party or….

Well, I had to try the new Pastrami Burger at Carl’s Jr. They are calling the added pastrami “Condomeats,” a cute combination of the words meat and condiments.

I ordered it and it looked very much like the photograph in the ad, one of the few burgers that has. It was good, but even with lettuce, tomato, onions, pickles and a one-third pound patty, it was dry.

The pastrami is real, but very, very lean and, as fast food restaurants often do, the burger was overcooked. I asked for some more sauce to overcome the dryness and they were nice enough to simply make me a new burger with more sauce.

They use a thin mustard based sauce that tends to run out into the wrapper and, although there was more on the second burger, it was still a bit dry. I added a pack of mayo, which helped, but I think the burger needs a re-build.

By the way, Carl’s Jr. is one of the few fast food restaurants where you can get anything on the menu during breakfast hours.

Oh, the Famous Star with cheese is still my favorite fast food burger.