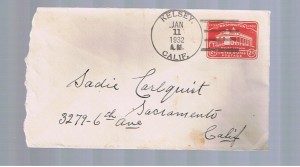 KELSEY: The Kelsey Post Office was established on Mar. 3, 1856 with John P. White as its first postmaster. 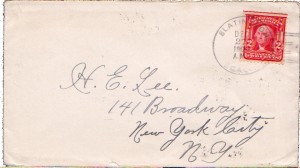 The Slatington Post Office, which was located at the top of Chili Bar Grade, six miles north of Placerville, was named for the hand-split, slate roofing shingles that were produced nearby. James McGraw was the first postmaster at Slatington. Service was discontinued on Oct. 31, 1912 and then reestablished on July 3, 1916. On Sep. 23, 1920, the post office was discontinued, moved one and one-half miles to the northeast and renamed Kelsey. The Kelsey Post Office, officially still located six miles north of Placerville, is still in operation.

KYBURZ: The Kyburz Post Office was established on Jan. 13, 1911 and named in honor of Samuel E. Kyburz, an 1846 pioneer. His son, Albert Kyburz, was the first postmaster. Previously, this post office had been known as both Slippery Ford and Slipperyford.

The Slippery Ford Post Office was established on Nov. 21, 1861 with Powell Crosley as the first postmaster. The name came from a large flat slippery rock that made the stream crossing dangerous on this part of the road through the canyon of the South or Silver Fork of the American River (as we will find out, there are a couple of slippery fords along this route). Nearby was the Slippery Ford House, a popular stopping place for stages and freighters.

In 1896 the name of the post office was officially changed to one word, Slipperyford. On Jan. 3, 1911, the name was changed to Kyburz. 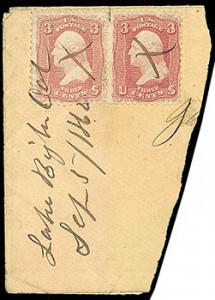 LAKE BIGLER: There is no official record of a post office by this name, although there are manuscript (hand written) postmarks dated in the 1860s that read, “Lake Bigler, Calif”.
Lake Bigler was the controversial name officially given to what is now Lake Tahoe in 1870 by the California State Legislature, although it had been called that since 1854.
It was named Lake Bigler because John Bigler lead a rescue party into the Sierra Nevada in the early 1850s and was governor of California from 1852-1856.

Although the lake had been know as Lake Tahoe for many years, the name Lake Bigler was not rescinded by the legislature until 1945, when someone discovered that had never officially been done.

LAKE KIRKWOOD: Located nine miles east of Silver Lake and thirty miles south of Meyers, this post office was established on Oct. 11, 1940 to serve the area around this vacation and recreational resort. Mrs. Joe Herlyn was named the first postmaster.

On May 19, 1967, the Lake Kirkwood Post Office became a rural branch of the Pioneer (Amador County) Post Office.

This was not the first post office at this location, the first being established on January 25, 1887 and called the Roundtop Post Office with Zachariah (Zack) S. Kirkwood, a local cattleman, inn and ex-stagecoach operator during the 1860s, as its postmaster. The name for the post office came from the nearby Roundtop peak that stood some 10,380 feet high. On August 31, 1907, the post office was closed and moved to Jackson. 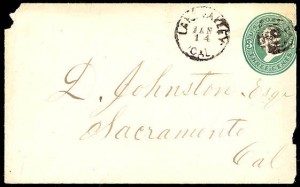 LAKE VALLEY: Named Lake Valley for the valley at the south end of Lake Tahoe (previously Lake Bigler), this post office was officially established on Sep. 17, 1861 at a Pioneer Stage Line station known as “Yank’s Station.”

Curiously, the Sacramento Union, dated Aug. 2, 1858, reports this post office established three years earlier, with Martin Smith as postmaster. This may a result of the confusion over the Job’s Store (phantom) Post Office which was reportedly also in the Lake Tahoe Valley, but possibly in what was then Utah Territory and later the State of Nevada.
Service at the Lake Valley Post Office was discontinued on Dec. 26, 1863 when the name was changed to Taho (with no “e”).