Finishing up with stories about the famous hanging that changed the name of Placerville, then Old Dry Diggings, to Hangtown, we look at two books, a history book entitled “The Argonauts of California,” by C. W. Haskins, published in 1890, and “John Studebaker – An American Dream,” a biography written by Edwin Corle, published in 1948. Each of these books gives their own peculiar version of the first hanging and then introduces later hangings from the same tree.

Haskins writes, “The first persons hung in California subsequent to the gold discovery, were two Mexicans and an American. They were hung for horse stealing and robbery during the fall of ‘48, in Hangtown, and it was from this fact that the mining camp derived its name, and although the camp has enjoyed the unenviable reputation of being the place where many murderers and horse-thieves have been kindly laid to rest by the citizens, in committees of the whole, yet only one other individual was ever hung by the citizens of the place, and that was Irish Dick, a young gambler, who was executed in the fall of ‘50 for murder. A jury, composed of miners, was chosen; he was granted a fair trial, found guilty and sentenced to be hung from the old oak tree which stood upon the side of the hill across the creek, at 2 p.m. of the same day. He requested permission to leap from the limb of the tree, head foremost; but this favor, of course, could not be granted since it did not conform to the law, and would be a very barbarous proceeding, as well as a bad precedent to establish, for in some parts of the country the trees were very small.” 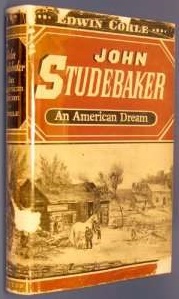 Corle, in his biography of the early Placerville resident and businessman John Studebaker, gives an even different version of the first hanging and then adds more to the Irish Dick story. “The first execution in Old Dry Diggings occurred in 1849. A miner living in a cabin near his claim was held up at the point of a gun one night by two Mexicans and one American who ransacked his house, stole his gold dust and left, warning him that if he did anything about it, they would return and kill him. The victim’s name was Prosper Cailloux.

“The next day the three robbers were still in town, and Cailloux called upon his friends to help him get his gold back. The three criminals were ‘arrested’ by a crowd of men. While a method of punishment was being debated another group of men rode into town and at once identified the three as horse thieves whom they were pursuing. That settled it. The three criminals were shortly swinging at rope’s end from the nearest tree. It happened to be a large oak that stood on the corner of Coloma and Main Streets.

“About a year later five men were charged with robbing a Mexican gambler named Lopez. A hundred or more miners listened to the evidence and decided that the criminals should get 39 lashes each. After that, three of them, who had been guilty of earlier crimes, ere summarily hanged from the same oak tree that had taken the lives of the Cailloux robbers.

“That made a total of six men whoa had ‘danced’ their lat at Old Dry Diggings, and that was enough to have the community referred to as ‘the place where they hang ‘em first and question ‘em later.’ So when Postmaster Nugent wanted a new name. it was inevitable that current events offered the answer and the community became Hangtown.

“That didn’t satisfy the official dignity of Postmaster Nugent. He suggested yet another name. Placer mining was the chief method of extracting gold, so why not call the town Placerville?

“The idea was logical, but hangings continued and hangings were more vivid.

“Irish Dick became number seven. He was a brutal criminal who stabbed a man to death over a dispute at a monte game. The results have a special interest, since Irish Dick (sometimes know as Bloody Dick and New Orleans Dick – his real name was Richard Crone) was a gambler, and he believed the gambling element was so strong in Hangtown that law-abiding men could not defy it. He openly boasted that he had killed two men previously and would kill others in the future if he felt like it. Two thousand miners thought otherwise, and Irish Dick was dragged to the famous tree and hanged to the cheers of the populace. But at least the unpleasant incident indicated that the gamblers could not control the community.”