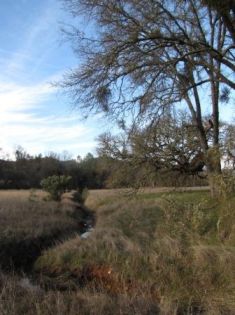 During the Gold Rush “Kanaka”, the Hawaiian word for “person” or “human being”, was the common designation for a native of the Sandwich Islands, a place sometimes referred to as “Owyhee” (Hawaii). As with many terms that refer to ethnic identity, Kanaka can suggest ethnic pride in some contexts while in others it may be taken as derogatory.

There are records of Kanakas in California as early as the 1830s, some time before even Sutter arrived. By 1847, the year before the Gold Rush, they constituted nearly one fourth of the “foreign” population in San Francisco.

Rarely did a ship land in San Francisco that didn’t have several Kanaka crew members, many of whom decided to stay. After all, the Sandwich Islands were a logical supply stop for traders sailing between North America and the Orient and nearly every whaling ship that hunted in the Pacific Ocean stopped there, often picking up natives to replace lost crew members. A group of them even came with John Sutter who arrived in California by way of the Sandwich Islands, working as crew on the ship and later for him at his fort.

Kanaka was often used in the place names of mining camps because many Kanakas worked in the mines during the days of the Gold Rush.

The Kanaka miners – excellent swimmers since early childhood – were often seen diving for gold in the middle of the rivers, rather than using conventional methods, something non-swimming, white miners thought gave them an unfair advantage.

How the valley near Salmon Falls came to be known as Kanaka Valley is somewhat a mystery. It first appeared on a map in 1868, but spelled “Kanacka.” It is possible that Kanaka miners and their families were the first to settle in the valley, although in 1979 the Archeological Study Center of California State University Sacramento reported no recorded historic or prehistoric sites had been found in the valley. It is more likely that the valley was so named because of the existence of an early mining camp known as Kanaka Bar, on the South Fork of the American River, in close proximity to this valley.

Of the two Kanaka Bars in El Dorado County, the one nearest Kanaka Valley was located on the South Fork of the American River, between Coloma and Mormon Island, about where Weber Creek empties into the river.

According to one author, the name Kanaka Bar came about because the area was permanently occupied by several families of “Sandwich Islanders” along with English sailors who had married Kanaka women, and apparently brought them with them.

The other Kanaka Bar was further up the South Fork of the American River, about eight miles east of Coloma, a bit above Chili Bar. Unfortunately, little is known about it because its only mention occurs in the registry of mining locations on file in the El Dorado County Recorder’s Office.

A bit to the north of this second Kanaka Bar was a place know locally as both Kanaka Diggings and Kanaka Town. It also was an early mining camp and was located near the junction of Irish and Slate creeks, about two and a half miles southwest of Garden Valley. It shows up on maps as early as 1849 and at one time had a church, stores and a population of several hundred.

In the 1880s there were still three or four Kanaka families living there, along with a few Chilenos (Chilean natives who were very common during the Gold Rush, and it is they after whom Chili Bar is named).

The Kanakas, along with the Chinese, Chileans and certain other “foreigners,” were heavily taxed in an attempt to discourage them from competing with the “white” miners. They were also not allowed American citizenship, which caused many of them to return to their island birthplace or move to the Pacific Northwest and British Columbia, where they were more fairly treated and work was available with the Hudson’s Bay Company. However some married Native American women and remained in California, usually working in the salmon fishing industry.

Whatever happened to the Kanakas, they played an important role in the history of early California and the name Kanaka, on places like Kanaka Valley, remains as a tribute to them.

Kanaka Valley was brought into federal ownership in February 2010 through a cooperative acquisition process to preserve riparian, hardwood and oak woodland habitat as well as to help protect populations of federally listed plant species.