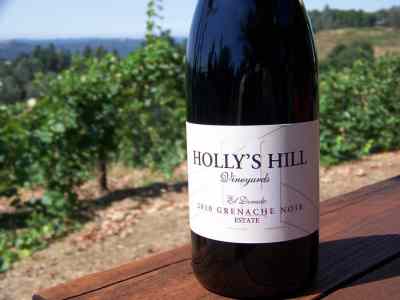 When looking for a wine to be served with Thanksgiving dinner, first decide if you want to use one of the many lists prepared by various newspapers and magazines, seek help from people who you believe are knowledgeable in that area, use your own experience, ask some friends you trust or use a combination of all of the above.

Looking at wine paring scientifically, you have to explore the components of wine, including weight or body, acidity, residual sugar, tannin, and alcohol, and how those characteristics are used to complement or contrast the sweet, sour, bitter, savory and salty components found in foods.

This is what winemakers and chefs do, it is part of their daily routine.

On the other hand, Karen MacNeil, creator and chairman of the Rudd Center for Professional Wine Studies at the Culinary Institute of America at Greystone, said, “There are no set rules by which wine and food pairing happen. I say it’s wine, food and mood! It’s how you feel, the environment, all conspiring to create something that is delicious to all your senses.”

The truth is probably somewhere in between.

After many questions wine aficionados came up with pinot noir as the choice, a wine well-suited to pair with poultry, beef, fish, ham, lamb and pork.

Pinot noir will also work well with creamy sauces, spicy seasonings and may just be one of the world’s most versatile food wines.

Not stopping there, and with that in mind, a random group of local winemakers and several local chefs were asked first a tough question, their opinion on a single wine that would work with three entrées — turkey, prime rib (beef) and ham.

Secondly, they were asked for their wine choice for each of the three entrées.

In the case of the winemakers, the wine did not have to be something they made. That, of course, it was pointed out, was tantamount to asking someone if they liked the neighbor’s children better than their own.

No one was told the answers the others gave until after their opinions were received. The answers were very interesting and somewhat unexpected.

John MacCready, winemaker and co-owner of Sierra Vista Winery said, “I would take a medium bodied Rhone blend because it goes well with the meats you mentioned as well as all the trimmings such as baked onions, mashed potatoes and turkey gravy, cauliflower with a cheese sauce and of course stuffing with turkey gravy. The 2007 Fleur de Montagne (a Rhône varietal blend of grenache, syrah, mourvedre and cinsault) will be the main attraction at our dinner.

“The ham is the hardest pairing so I would sneak a grenache rose in especially for the ham, but if I got caught the Fleur would be OK.

“If I can have only one wine it would be the Fleur because of the condiments. If only ham is served it might differ because the gravy would be different and there is no turkey gravy and no stuffing. Grenache rosé is great with ham and many other things as well.”

“The sides of a Thanksgiving dinner are more of a challenge for wine pairing than the main course. Over the past few years I’ve realized that white wines tend to do best amongst the wide range of flavors, so, I would bring our white blend Patriarche Blanc (a Rhône varietal blend of roussane, grenache blanc and viognier),” Bendick said.

“It’s crisp acidity cuts through the rich turkey gravy and any ham or prime rib you might throw at it while also pairing nicely with oddities like cranberry relish with the acidity matching. However, I know that many people must have red with the holiday so I would also bring our red Patriarche blend (a Rhône varietal blend of mourvedre, syrah, grenache and counoise) for them. It brings the best of four varieties in balance and tends to pair well with many foods because it’s not too big or too light and doesn’t have a bunch of oak or too much alcohol to make the food taste odd or bitter,” Bendick said.

He continued, “But add cranberry relish and you are going to wish you had a white wine. So I would bring two not one … can I do that?”

To the second part of the question Bendick simply commented, “Ditto.”

John Smith, founding winemaker and co-owner of Oakstone Winery and Obscurity Cellars replied, “I would bring a light-bodied red wine like a mourvedre, grenache or our new favorite, dolcetto (originally an Italian varietal from the Piedmont region, but now growing in El Dorado County vineyards). They would go well enough with any of those.”

For the separate meats he added, “Prime rib calls for petite sirah, turkey to me is zinfandel food, and ham is best with a rosé (ours is tempranillo this year) to my taste.”

“I would bring a Châteauneuf-du-Pape blend. (Châteauneuf-du-Pape permits 13 different varieties of Rhône grapes; the blend is usually predominantly grenache). This is because it can stand up to a prime rib and show off the succulence of the ham. Turkey is a no brainer. It screams anything Rhône,” she said.

“If I did know what was being served: Ham: grenache; Turkey: grenache; Prime Rib: syrah (one of the heavier Rhône wines),” Wells Coyle said.

Justin Boeger, winemaker at Boeger Winery also got right to the point.

“Simply, and without hesitation: barbera (a red grape from northwestern Italy now growing widely in the Sierra foothills),” Boeger said.

“I’ve always said that barbera is perhaps the most versatile food wine available, and because of that is always the wine I bring with me when I don’t know what’s going to be served. If you were to imagine all the various foods/food groups as one of those diagrams where each one is represented by a circle, and a tiny portion of each circle overlaps, the barbera hits that one overlapping spot of all the circles. The same characteristics that make barbera uniquely “pairable” with so many foods, are the same ones that make the wine so pleasing and approachable to wine consumers of all levels, rookie to connoisseur,” Boeger said.

“Barbera has decent tannin structure, when made properly, combined with sturdy but not overbearing acidity. It is approachable enough for novices to enjoy but has all the elements necessary for the ‘experts,’” Boeger added.

To the second part of the question, he replied, “I would still bring barbera to pair with any of those dishes.”

Greg Boeger, owner of Boeger Winery, its former winemaker and Justin’s father, had a different opinion.

“It may just be a generational difference, but I would pick a nice pinot noir if I didn’t know what was being served. And, if I did, I would pick a cabernet sauvignon or a Bordeaux style blend for the beef dish. For the other two, the nice pinot would do well,” Greg said.

Paul Bush, winemaker at Madroña Vineyards, putting a lot of thought and some of his usual humor into his answer, replied, “As to your question, here’s how I would put it.

“First of all, if you are serving all three of those dishes, you have enough food for a bunch of people. Thus one bottle of wine won’t cover it. But if you live in some alternate universe and you can only pick one wine, I would first of all serve riesling because that is truly the best with ham and turkey. And if you put an orange zest on the prime rib or seasoned it with cinnamon, it might actually go with riesling, too. But I would rather have two great pairings and one not so great pairing than three mediocre pairings,” Bush said.

“But if I had to choose one wine for all three, grenache might be a good companion for all three. Or you might get away with a dry rosé, too, He offered.

“If I had to choose one wine for each, then it would be as follows (of course assuming traditional recipes for the dishes): turkey: Gewürztraminer, ham: riesling and prime rib: merlot, and only merlot (it actually brings flavors out in the meat that the other varieties seem to mask),” Bush responded.

Winemaker and president of Lava Cap Winery, Tom Jones, replied: “Your question is a bit like asking which leg would you rather have us remove? I would probably go with grenache – fruit intensity, moderate tannin, flavor density would probably pair with the turkey and ham, and have enough stuffing to not be lost with the prime rib. That is a toughie though.

“If I knew prime rib was being served, it would be petit sirah or a cabernet. For turkey, petit sirah would work if there was gravy. Ham, that is a hard one, maybe a grenache,” Jones said.

Chef John Evans co-owner and executive chef at Zachary Jacques Country French Cuisine and the new Zac Jack Bistro in Cameron Park replied, “A Beaujolais (usually made from gamay grapes grown just north of the Rhône Valley and south of the Burgundy region) from a 2009 vintage (reported as the best vintage since 2005) will go with all three; the fruit is ripe with berry flavors with light tannins and will not overpower the ham, turkey or prime rib. These items are salty and Beaujolais work well with salt. The year 2009 has been highly rated for Beaujolais and I have tasted many of them. I have two on the wine list now. Second choice would be a local grenache, which again works well with salt and has light tannins.”

Executive chef and general manager at Sequoia at the Bee-Bennett House, David Bagley, replied with just one word for both answers, “Brunello di Montalcino.”

Brunellos, which are by law made from a clone of the sangiovese grape, are often compared with the pinot noir wines of Burgundy with their smooth tannins and ripe, fruit driven character. The high acidity of the wine allows it to pair well with food, especially grilled meat and game.

Michelle Schanel, owner and executive chef at the Snooty Frog in Cameron Park, brought an interesting light to the question.

“When my family has turkey or ham we always drink sparkling apple cider. I actually have never had wine with either. My pick for prime rib is Silver Oak Napa Valley Cabernet,” Schanel said.

So, there you go. Opinions from the people in the trenches, the people who work with wine and/or food day in and day out. Be sure to remember, the best wine is the one you like.

Most of the wines mentioned can be found at one of the producing wineries, and a few in the wine section of your local supermarket, including Beaujolais. Local riesling and barbera are also found in limited amounts at the supermarket, but wines such as the Rhône blends and grenache might be difficult to find except at the producing winery.

A selection of these two are also available at the WineSmith in Placerville and other wine speciality stores. You might also ask them about the Brunello.

If you have time, you should take a drive to one or more of El Dorado County’s premium wineries and taste for yourself. And, while there thank them for taking the time during this late picking and crush to share their expertise with us.