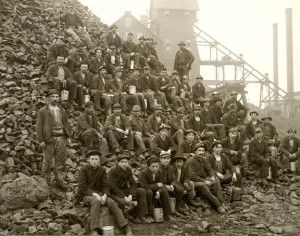 Every year since its founding in 1991, the California Cornish Cousins has an annual gathering to celebrate the group’s Cornish heritage.

In the past few years the cousins have gathered at Grass Valley, Sonora and Soulsbyville, Nevada City and Paso Robles. This year’s gathering will be from June 3 to June 5, at the Placerville Best Western Inn, 6850 Greenleaf Drive in Placerville

The California Cornish Cousins is a state-wide group of about 200 descendants of the hard-rock miners, merchants, fishermen and farmers who came to California from Cornwall, England during the Gold Rush.

The California Cornish Cousins was founded in November 1991 to stimulate interest in Cornish culture, to preserve Cornish heritage, and to share the related family histories and genealogy. To answer the often asked question — they always point out that they have nothing to do with Cornish game hens.

Who are the Cornish?

In reply to a question regarding if many people of Cornish descent knew of their heritage, Catherine Quayle, president of the association and local resident recently replied, “Many old grave markers will say something like ‘Native of England,’ when the surname is obviously Cornish, but even now many people have never heard of Cornwall, so the immigrants probably found it easier to say they were from England, rather than Cornwall.

“My mother was pure Cornish and the traditions were kept very much alive in our family, whereas some of our members found out rather by accident of their birthright as their parents either didn’t know or care. With the new interest in genealogy, more and more people are tracing their family trees and we are seeing an influx of members in our organization, as well as other Celtic Nation groups in the state. It’s awesome.”

Cousin member Doris Berryman Keeler, who was born in Grass Valley and now lives in Cameron Park, has been with the group since it started. She and her sister from Grass Valley have attended all of the northern California meetings.

“My grandparents are all Cornish,” she said. “Three of them, the Berrymans, Nettells and Ellerys, came from Cornwall to California by working their way across the country mining. The fourth, the Best family, went to Australia around 1852 for their gold rush, the husband first, followed later by his wife and four or five children. The trip to Australia took 13 weeks on a fast packet ship, which was a long time. My grandmother was born there, probably in a tent. One of the children got sick, and they couldn’t find the proper doctor, so they went back to England. Later they came to California.

“My brother started writing a book about our family. He traveled all over the world – Australia, New Zealand, South Africa –  talking to relatives and poring over records. He died before it was finished, so my sister and I finished it. It is called ‘The Family, Relatives and Ancestors of Edwin James and Caroline Nettell Berryman – A History.’ We made 100 copies and sold them all. It is really a history of the family and has some real interesting stories like the one about a relative who went to New Zealand when there were still cannibals and another who was escorted to Australia by the government.”

Cornwall has its own flag and language and is one of the six Celtic Nations, along with Brittany, Wales, Ireland, the Isle of Man and Scotland.

It is an area at the tip of the south-western peninsula of Great Britain, administered as a unitary authority and ceremonial county of England, within the United Kingdom. It is bordered to the north and west by the Atlantic Ocean, to the south by the English Channel, and to the east by the county of Devon. Including the Isles of Scilly, Cornwall includes a land area of about 1,376 square miles (about 20 percent smaller than El Dorado County) and today has a population of a bit over 500,000. The administrative center and only city is Truro.

Tin mining was important in the Cornish economy, becoming significant during the Middle Ages and expanding greatly during the 19th century when rich copper mines were also in production. In the mid-19th century, about the same time that gold was discovered in California, there was a significant decline in the mining industry of Cornwall.

The Cornish miners were highly skilled in the hard-rock mining techniques and how to pump water from deep mines, talents in need where gold was still held in deposits deep in the ground.

With the mining industry declining in their home country, by the thousands the miners and their families left Cornwall for California, braving the sea trip and the dangerous trek across America to the gold mines.

When more miners were needed in California, the Cornishmen working in the mines always had a “Cousin Jack” back home who would be more than glad to come over to work. As a result, Cornish miners were and still are often referred to by that name.

Tools of the trade

With them came not only centuries of mining knowledge, the miner’s candlestick, their unique three or four part lunch boxes and the pasty (PAST- e), a baked meat and vegetable pie they carried into the mines for their lunch.

As a part of their annual gathering, the California Cornish Cousins include interesting speakers, banquets and a special “pouncing on a pasty,” where they enjoy a bit of their heritage. The “pouncing on pasty” will be part of a visit to Coloma on June 4.

Pasties for this event are being provided by Rucka-Chucky Pasty Hut in Georgetown. “I was glad to find they made a proper pasty, many places don’t,” said Quayle. “Julie Oates does a good job.”

Unlike other nationalities that migrated to America, the Cornish were not simply economic migrants; their contribution had a profound impact as their expertise was founded on centuries of hard rock mining. Since they had a common heritage, they possessed an innate trust in each other, knowing they could depend on brothers, uncles, wives and daughters, people they lovingly referred to as “’Cousin Jacks and Jennies.”

Membership in the California Cornish Cousins is open to any person of Cornish heritage or any person in full accord with the stated purposes of the Society. Membership is only $12 a year and an application form can be downloaded at califcornishcousins.org.