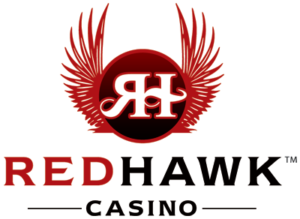 Following my tour of the Waterfall Buffet, we stepped across the hallway to Koto and Henry’s Steakhouse, two more of Red Hawk Casino’s award winning restaurants.

Koto is not, as I imagined from the name, a Japanese restaurant. It is pure American style food for breakfast, lunch and dinner. In charge of this restaurant, Chef Rosson told me, is Restaurant Chef Jesse Shadle.

The menu is long and delicious looking. Literally something for everyone.

Koto, I found out, shares a kitchen with their premier restaurant next door to it, Henry’s Steakhouse.

This multi-award winning restaurant is dining at its finest and where you can get the dry aged, hand cut USDA Prime or even Wagyu steaks, along with exclusively selected seafood and fresh fish, succulent Colorado lamb and Free-Range poultry and game. To accompany these fantastic meals, they also feature hand picked wines from El Dorado, Napa and Sonoma counties, as well as wines from around the world.
Henry’s was not open the day I was there, but was being prepped for the club member dinner that evening. Thus, I could walk with Chef Rosson throughout the kitchen where Restaurant Chef Jeremiah Malony makes sure everything is perfect.

I noticed some pieces of oak lying on top of a grill and asked if they planned on smoking some of their meat. Chef Rosson immediately replied, “No, this is for cooking. We cook all of the steaks over real oak.” Now, that is going a step further.

Our next stop was their highly awarded authentic Chinese restaurant, Pearl Asian Cuisine. We would later come back here to have some lunch, but now we were looking at the kitchen.

“Chef John Yuan is the chef in charge here,” Chef Rosson told me. “And,” he continued, “all of our cooks are Asian. Some even own or owned restaurants in places like Hong Kong and work here just for the love of cooking.”

“That might explain,” it later came to me, “why the Asian unemployment rate is the lowest of all, down around 2.7%”

Since it was around lunch time, the kitchen was a very busy place and smelled wonderful. They pride themselves in getting the dishes prepared rapidly and correctly.

Our next two stops were smaller restaurants, The Burger Spot and Hawks Coffee, which are very near to each other.

The Burger Spot is a “Grab N’ Go” restaurant serving burgers, sandwiches, hot dogs, fries with and without toppings, chicken tenders, small pizzas, shakes, floats, cones and more. Sous Chef Margaret Anderson is the one who makes sure everything is done right.

Hawks Coffee is exactly that, a small restaurant serving speciality drinks such as coffee, coffee drinks, coolers and lots of juices and other drinks. In addition, they have breakfast burritos, small bites, such as sandwiches, along with various pastries like cinnamon rolls, cakes, cookies and other treats. Like The Burger Spot, it is more of a “Grab N’ Go” restaurant.

The final restaurant, which we did not visit, is the High Limit Lounge. It prides itself on having “top shelf” shelf liqueurs and premium cigars. The food service is limited, but includes sushi, lamb, burgers and more.

Having watched food being carefully prepared in their numerous kitchens, it was now my turn to try something. Chef Rosson left the choice up to me, so I decided to head back to Pearl Asian Cuisine.

Chef Rosson ordered some things I had rarely, or never tried before. We enjoyed Shanghai Pot Stickers, Mushroom Pork Sui Mai and a delicious bowl of Wor Wonton Soup, which was full of goodness (“wor” means everything in Chinese).

While we ate, it was my chance to sit and ask questions. My first one was about the unique badge Chef Rosson had on his chef’s jacket.

“The Navy has a process of continuous schooling for cooks and chefs, so I designed something along that line. I prepared three books that give them a “mini” culinary education. When they have successfully completed the work, they are given the badge, which means they are a Red Hawk Certified Culinarian. In this business you can’t stop learning.”

The second question was one that people often ask me. “If the State of California doesn’t regulate you, who does,” I asked.

“We are subject to the FDA Food Codes and checked by Indian Health Services,” Chef Rosson replied. “Believe me, we are well regulated and, as you have seen, take things seriously.”

In addition to my previous comments on the cleanliness of the kitchens and food preparation areas, two other things stuck out: Smiles and friendliness from the staff.

Chef Rosson was often greeted as we roamed through the facility, and he seemed to know the greeter’s name in return. Several times I was introduced to people and they were all friendly and seemed to be really enjoying their jobs.
Through with my tour, I thanked Executive Chef Rosson and turned in my badge in exchange for my driver’s license.
It is always nice to get the opportunity to see the workings of a restaurant, or, in this case, several at once. As you can probably tell, I was impressed.
I have intentionally not listed the menus or hours for the restaurants because of space limitations. All that information and much, much more is available on the Red Hawk Casino’s webpage at www.redhawkcasino.com.