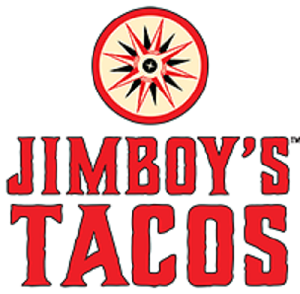 Almost exactly a year ago I wrote an article about Jimboy’s and their food. I mentioned then that in the early 1970s, there was a Jimboy’s Tacos located on Broadway in Placerville, in the shopping center across from Chuck’s Pancakes. I recalled eating there a couple of times and then it disappeared.

It wasn’t until early 2006 that the two former Burger Kings, one in Cameron Park and one at the corner of Broadway and Schnell School Road in Placerville, were purchased and converted to Jimboy’s.

During that thirty year lull, my only source for their original tacos was at Denio’s Farmer’s Market and Swap Meet in Roseville, were we often stood in a long line to get a couple of tacos. Why did we stand in line? Because they were so good. A Parmesan cheese crusted, grilled corn tortilla filled with lettuce, American cheese and their specially seasoned ground beef. And they were hot off the griddle .

Well, back to the subject at hand, their three new tacos they are featuring are the Tacoburger, a vegetarian taco they call the Spicy Masala and the Wild Alaskan Cod taco.

Russ Salazar, who also used to visit Denio’s just for the tacos, met me there and we ordered all three of the new tacos and asked to have them cut in two.

I know you are asking, “How do you cut a crisp taco in two?” It turns out their crispy taco shells have just enough give to allow that. And, because of that, they don’t usually fall apart when you are eating them.

We started with the Wild Alaskan Cod taco, which at first we thought smelled a bit too fishy. However, it turned out to be very good and had a good crunch (the fish is beer battered). Their green salsa was very good on it.

Our next taco to try was the Spicy Masala. It is vegetarian taco with a good taste and a bit of spiciness that left you mouth a slight bit warm. It is based on pinto beans and lots of veggies and, as indicated, masala, which is any of a number of spice mixtures ground into a paste or powder for use in Indian cooking. We tried to figure out what spices were in it, but it had too complex a taste to do it.

Neither of us are vegetarians, as you have probably figured out, but we both enjoyed it. The flavor was quite nice. A bit of their smoky chipotle salsa made it even better.

The last taco we sampled was their Tacoburger. It was exactly that – a hamburger patty with all the normal burger fixings stuck inside a taco shell. You can get it in a combo with fries, but that seemed just wrong at a Mexican restaurant. It is gluten free.

It was okay, but it just wasn’t something either of us would order again. We tried several of their salsas on it, all of which are very good, but it was still iffy. I’ll stick to a burger in a bun.

At that point Russ looked at me and said, “I’m going to go order one of their original tacos just for comparison.”

He did and yes, it was as good as I remembered. I think the grated Parmesan cheese on the outside of the taco shell is what makes it so good.

The menu at Jimboy’s has at least eight kinds of tacos and seven kinds of burritos, which you can have regular or super. They also serve a taco salad, tostada and quesadilla that you can have with your choice of meat. And, you can have most anything vegetarian, if that is your diet choice.

Some of their restaurants, including this one, serve a number of breakfast items. And, if you haven’t guessed by now, burgers and fries.

Well, they have much more on the menu than I can fit here, including daily specials, so drop by, call or check out their webpage at jimboystacos.com.

Oh, a shout out to Rebecca, who took orders, brought diners their food and cleaned the tables in the dining room in her spare time – always with a smile and a kind voice.