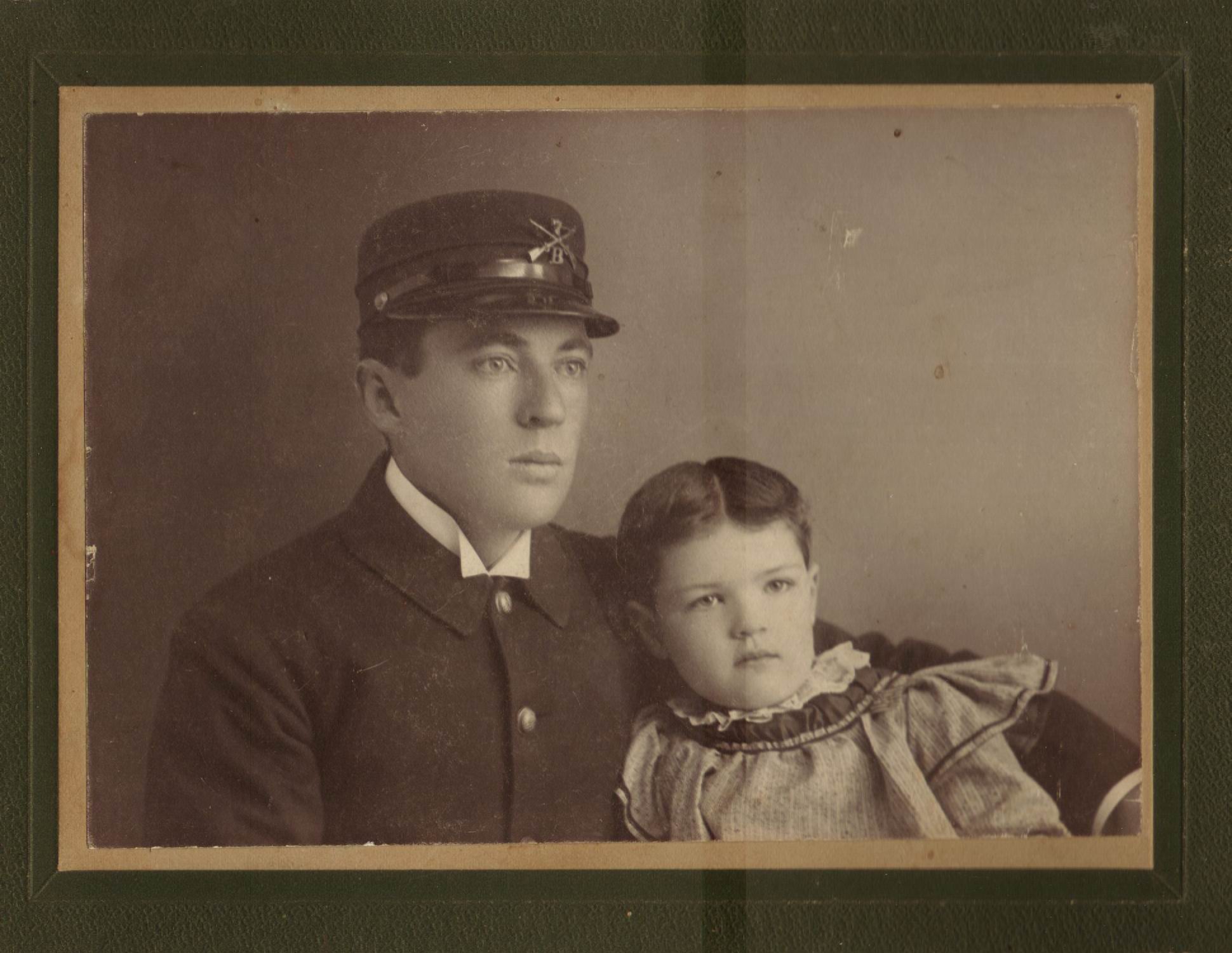 Gladys Noble and her father, my grandfather, George Wilfred Noble in 1899

During the summer months my family spent a lot of time in Redondo Beach and, when it became too crowded and “the place to be,” Huntington Beach. My grandfather liked to spend the winters there, so he would find a small place, usually one that shared a bathroom with others, and rent it year around.

He loved to fish off the piers and shared his knowledge and excitement with me during summers when I was very young. When we went fishing together, I would use a snag line to catch small fish for him to use as bait, and when his bait bucket was full, he and I would sit and talk about this and that while waiting for the big one to bite on that “special bait” I caught for him.

On a couple of occasions, my grandfather mentioned that he was going to take the bus to Berkeley to visit his daughter. It never seemed strange to me, since we had a large number of cousins and such, and another person was just another person.

When my grandfather died I was barely 17 and the whole family, along with some neighbors, gathered at my grandmother’s house following the funeral. During a lull in the conversation, I simple said, “Did anyone tell his daughter in Berkeley.”

Silence. Total silence. Stares from everyone.

After a few moments, my father said, “How did you know about her?” I answered, “Grandpa and I used to go fishing and he would tell me he was going to visit his daughter in Berkeley. I just thought it might be a good idea to tell her he had died.”

The conversation immediately changed and there was never another mention of her from that day forward.

In the late 1990s I started doing some research on my family tree and asked everyone for any information they might have. Fortunately, when my grandmother passed away, a year after my grandfather, my father’s brother and his wife, my aunt and uncle, gathered up all of the family photographs, letters and papers, and kept them. My cousin then passed them on to me.

I knew my father and uncle had a sister, Helen Noble, who was born in 1904 and passed away in 1915, but that was all. However, as I began to put the pieces together I found pictures and notes regarding a young lady born to my grandfather and someone before he married my grandmother in 1899.

Her name was Gladys Noble and she was born around 1894. She appeared in photographs from just after her birth up until maybe her tenth birthday. That is all I knew.

I checked for a birth certificate in San Diego County, where my grandfather lived at the time of her birth, but there was none. However, I did find and obtained a copy of her application for a Social Security Number.

According to that document, her name was Gladys Noble, although apparently she had added Virginia as a middle name. She was born near La Mesa, California on March 22, 1894. Her mother was Virginia Mabel Cole and right there in black and white her father was my grandfather, George Wilfred Noble.

She never married, was a school teacher in the Berkeley area and died there in 1971.

I have very little additional information on her, other than her obituary. I wish I had started searching earlier and had the opportunity to meet her. We would have had so much to talk about.