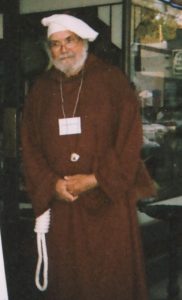 Like with many other events that occurred during the early days of California, there are different stories relating to the origin of Hangtown Fry, the now world- famous mixture of eggs, oysters, and bacon that originated in Placerville, which was then known as “Hangtown.”

Among them have been several tales of “last meal” before hanging and one of a mistake made by a tired miner trying to cook dinner in the dark. However, the version most widely accepted and credited with its origin is generally as follows:

In 1849, just a short time after Old Dry Diggins had been renamed Hangtown in honor of the recent hanging of three desperadoes from the large oak tree on Main Street, a prospector rushed into the saloon of the El Dorado Hotel announcing that right there in town , along the banks of Hangtown Creek, he had “struck it rich” and had every reason to celebrate.

Untying his leather poke from his belt, he tossed it on the bar where it landed heavily, spilling its shining contents of gold dust and nuggets. Turning to the bartender he loudly demanded, “I want you to cook me up the finest and most expensive meal in the house. I’m a rich man and I’m going to celebrate my good luck.”

The Bartender called to the cook and relayed the prospector’s order.

The cook stopped what he was doing and came out of the kitchen. Looking the prospector in the eye he said, “The most expensive things on the menu are eggs, bacon and oysters. The eggs have to be carefully packed to travel the rough road from over the coast; the bacon comes by ship round the horn from back east; and the fresh oysters we have to bring up each day on ice from the cold waters of San Francisco Bay. Take your choice. I can cook you anything you want, but it will cost you more than just a pinch of that gold dust you have there.”

“Scramble me up a whole mess of eggs and oysters, throw in some bacon and serve ‘em up,” said the prospector.

“I’m starving. I’ve lived on nothing much more than canned beans since I got to California, and at last I can afford a real meal.”

The cook did just that, cooking up a whole mess of eggs, bacon and oysters for the hungry prospector. Out of that prospector’s wish, and with a little artistry from the long forgotten cook, the original Hangtown Fry was created.

Over the years since, Hangtown Fry has continued to have been served at many of the local restaurants in Placerville. One of the more famous places was the Blue Bell Café, just a few doors east of the Cary House, which proudly advertised and served the basic recipe from the late 1930s into the 1970s when the restaurant was sold.

Hangtown Fry, although sometimes amended with onions, bell peppers and a minor assortment of various spices and herbs, has remained the same basic dish that was born in Gold Rush nearly a century and a half ago. It appears on hundreds of menus in restaurants along the Pacific Coast from Southern California to Canada.

It is also listed prominently on the menu of the exclusive membership-only Breakfast Club at Club 21 in downtown New York City and, for a while, was featured on the first-class menu of at least one major American airline.

No dish epitomizes California and its Gold Rush more than Hangtown Fry. It was created at a location central to the Gold Rush at the same time the great state was being born. And, like the miners who worked the river banks and hillsides, and the population that followed, it is a unique blend of many things, both those produced locally and those that have arrived from elsewhere.

Hangtown Fry fully represents the spirit of the Gold Rush and those who helped make California what it is today.

It is the Official Dish of the County of El Dorado and of the City of Placerville, by proclamation of the Board of Supervisors and the City Council.

Dip the oysters in egg-wash and then breading. Pan-fry until three-fourths cooked. While doing this, fry the bacon in another skillet until just before it becomes crisp. Beat the eggs lightly. Place the bacon like railroad tracks off-center in a frying pan, pour a bit of the egg over the bacon. Place the oysters on bacon and pour the remaining eggs over. Cook and then fold the omelets over the oysters. Place a lid over it and cook until the steam blends together all the flavors. Makes 1 serving.

Pat oysters dry with paper towel. Combine flour, salt and the pepper, dip oysters into beaten egg and then the flour mixture.

Melt the butter or margarine in a 10-inch skillet over medium heat. Cook oysters in butter till edges curl, about 2 minutes on each side.

Beat the 6 eggs with the milk and salt. Pour into skillet with oysters. As egg mixture begins to set on bottom and sides, left and fold over. Continue cooking and folding for 4 to 5 minutes or till eggs is cooked throughout. Remove from heat. Makes 3 or 4 servings.

← The New Haven
Why Did They Call It Hangtown? Part 1 →