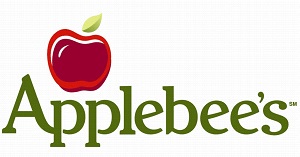 A number of months ago I wrote about Applebee’s when Russ Salazar and I tried a few of their “Weight Watcher’s” dishes in honor of him being on that program. Well, he is back on it so we decided to revisit and this time try a couple of their lower calorie dishes.

We stopped at our local Applebee’s, which is at 3281 Coach Lane in Cameron Park. It was a Tuesday, around 1 p.m., and most people were finishing up their lunches.

They no longer have the “Weight Watcher’s” dishes, but under “Pub Diet – Bar & Grill Favorites, Made a Little Better for You” are a number of dishes ranging from 370 to 640 calories.

After looking over the menu for a few minutes, Russ selected one of their new dishes, Grilled ‘Onion Sirloin’ With Stout Gravy, a 7 oz sirloin, grilled onion, roasted tomato, crispy red potatoes and stout gravy (600 calories, 39 grams of protein).

Russ and I decided I should put a warning right here. Watch out for the slices of jalapeño! I was told they came from a local store rather than their regular supplier and they were hot, I mean HOT! I casually popped one in my mouth and wished I hadn’t. I like hot stuff, but it was too much. Russ, who could probably eat fire, tried a piece of one and said in no uncertain words, “No way.” Yes, I mentioned it to the staff and even emailed the restaurant.

Back to the food. After clearing my palate from the slice of pepper, I tried both dishes (we always split the dishes) and really liked them. And, when we were finished, neither of us was still hungry.

Russ pointed out that sirloin steak is a bit of a “hit or miss” at a restaurant. Ours was a bit “stringy,” but I got the less cooked end and enjoyed it a lot. The gravy was good, the potato chunks were perfect: crisp on the outside and soft inside.

The chicken had a lot of flavor, but was a bit overcooked. That is to be expected at restaurants, for food safety reasons. The Cheddar potatoes were very good (minus the pepper slice).

For lunch they have an interesting “Mix & Match any two” category that is available Monday through Friday until 3 p. m. They have two categories for this, Classic and Signature from which to choose. Each category includes, Soups, Salads, Handhelds and Entrees. You select two from one category or both to make up your meal. The price varies, depending upon your selections.

Applebee’s also has a number of specials, like half price appetizers twice a day, build your own sampler tray and more.

As I mentioned last time, they have the little electronic units on each table that allow you to order, page your server, pay the bill by card, play games (99 cents) and more. You don’t have to use them, but they are handy. However, I really like to have them ask to see my ID when I use a credit card.

For more information you can go online to www.applebees.com or call (530) 677-8677. You can even order online for pick up.
Applebee’s is good for groups and good for kids.

← CLOTHESLINE, a story of early California
Steppin’ Out – Chick-fil-A, Folsom →